Jute Matting is used for temporary erosion control as protection from rainfall/run-off on shallow slopes and channel protection for low risk/low flow channels. Jute matting is the original form of erosion control blanket. Jute is basically burlap rope and therefore 100% biodegradable over time depending on the amount of moisture available. The matting conforms to slope contours and surface irregularities. Thousands of tiny “check” dams per square yard stabilize the surface soil on slopes. Easy to apply and excellent for road, drainage, landfill and backyard slopes.

What is Jute matting used for?

Jute matting is used to stabilize soil when used in conjunction with grass seed. The jute matting takes about three years to degrade, depending on the thickness and type of material used — plenty of time to produce good grass that resists erosion on the slope.

These materials are biodegradable or photodegradable, which means they will decay over time rather than become permanent fixtures on the slope.

Anyone who is looking to help control topsoil erosion would most likely use Jute matting, including landscaping companies, to help improve the germination rates while decreasing the erosion. The goal is to keep the soil in place.

How do you install Jute matting?

Remove any large rocks or other impediments from the slope before you begin. After seeding, completely cover the area with a layer of straw or other organic mulch. Dig a trench at least eight inches deep and six inches wide at the top of the seeded area. Begin laying the Jute matting by unrolling down the slope. Fold the top end of the matting into the trench and backfill to secure. If it is necessary to begin another downhill roll to cover the seeded area, repeat utilizing a second trench following the same procedure.

Anchor pins or staples spaced one foot apart across the top and bottom of the matting and along downhill overlaps are used to secure the Jute. Every five feet, anchor the sides and vertical overlaps. At least six inches of anchor pins or staples are required. Longer pins could be needed in sandy soils. To drive the pins entirely into the ground, you might need to use a mallet.

What is Jute matting made from?

Jute is one of the oldest and most widely used fibers on the planet. Because of its golden and silky feel, it is known as the “golden fiber.” It’s made from the bark of the white Jute plant and is completely natural and biodegradable.

What is the difference between Jute and hemp?

Cannabis sativa is the plant species that produce hemp. Textiles, food, insulation, biodegradable plastics, biofuel, animal feed, paper, clothes, and paint are all made with it. On the other hand, Jute comes from the Corchorus genus and is used to make hessian, burlap, and gunny fabric.

Is Jute better than cotton?

After cotton, Jute is the second most significant vegetable fabric, and it is even more sustainable. Jute can become an agricultural eco-friendly and sustainable asset because it requires less water, maintenance, pesticides, and fertilization to produce large crops. 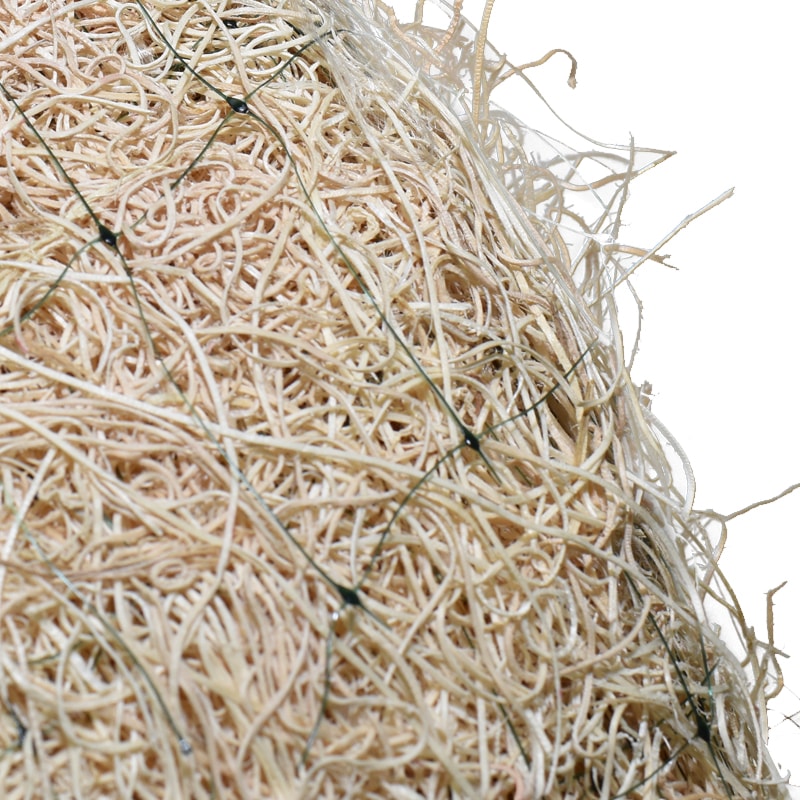 Made in USA
100% Coconut Blankets

Everything you need to know about RSS Walls – installation and more. We offer Geogrid and Geotextile products for RSS Walls.

Let us show you how easy the installation is and provide a few useful tips along the way. In our example, we will be Cherokee Single-Net Straw Blanket.

While excelsior logs are primarily used to filter suspended sediment and filter pollutants in rainwater runoff, learn about their other applications

While straw blankets are primarily used to reduce soil erosion, learn more about their other applications.